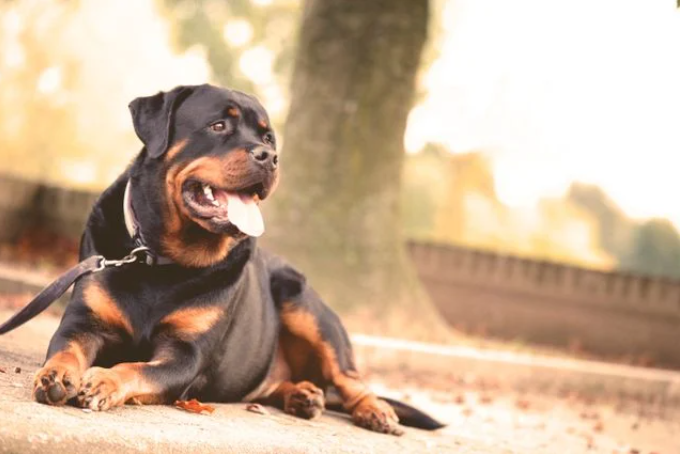 There are many different breeds, sizes, and forms of dogs, but the Roman Rottweiler is really unique. They are renowned for their tenacity, faithfulness, and bravery in the community. The Roman Rottweiler also called the Rottmolosser, is a massive and imposing dog with a powerful and muscular physique.

Below is a video that talks about Roman Rottweiler:

The Roman Rottweiler is a versatile and intelligent breed that is highly trainable. They excel in obedience, agility, and protection training. Roman Rottweilers are also known for their loyalty and devotion to their owners. This breed is highly protective of its family and can make an excellent guard dog. However, it is important to note that early socialization and training are essential to ensure that Roman Rottweiler does not become overly aggressive.

The Roman Rottweiler is distinguished by a large, muscular physique, as well as a strong, robust structure from the outside. They have a thick coat that is short and comes in a variety of colors, including black with rust or mahogany patterns. Because of their dark eyes and their dark muzzles, Roman Rottweiler has an appearance that is both unique and threatening. Roman Rottweiler is renowned for their stamina and tenacity, and their robust and athletic physique contributes to this reputation.

The Roman Rottweiler is normally a healthy breed, however, like other breeds, they might be predisposed to certain health issues. Roman Rottweiler has a higher risk of developing hip dysplasia and other joint problems, as well as bloat, a terrible disease that may be deadly if it causes the stomach to twist on itself. Bloat is caused when the stomach twists on itself. A nutritious diet and regular visits to the veterinarian may both assist to avoid these problems. The sleek and shiny coat requires little effort to maintain. Brush using a brush that has strong bristles, and only wash when it is absolutely required. Long coats need a little bit more attention depending on the length and thickness of the coat, but plush coats are also simple to care for and may be brushed with a slicker brush. This breed sheds about the same amount as the average.

The Roman Rottweiler demands a significant amount of exercise and area to run. The Roman Rottweiler is not suitable for apartment life, since they need a large amount of area to run and play. Additionally, they need a great deal of mental stimulation; thus, regular physical activity and cognitively hard activities will keep them happy and healthy. These strong Roman Rottweilers need constant labor and exercise in order to flourish. They must be led on a daily jog or stroll. They are extremely content to run in the fields and forests, and they have no urge to stray from you. These dogs like swimming or jogging next to a bicycle, and they also enjoy fetching a ball.

What precisely is a Roman Rottweiler, and how do its look and demeanor differ from that of a standard Rottweiler in terms of these characteristics? The Roman Rottweiler may be compared to the Tibetan Mastiff in the same manner that the ordinary Rottweiler can be compared to the Australian Shepherd. Because it is calm, confident, self-assured, trainable, athletic, fearless, protective, trustworthy, and loyal, this Roman Rottweiler dog has a stable temperament. If you don’t train this breed with consistency and care, you face the chance of getting a dog that is highly aggressive and domineering. If you train this breed correctly, however, you won’t incur that risk. On the other hand, if it is given the necessary attention and care, it has the potential to develop into a loyal, caring, and very satisfying buddy. These Roman Rottweilers need owners who are physically competent to manage their massive size.

The Roman Rottweiler has a calm demeanor despite its innate ability to protect its family and property. It is very intelligent and has demonstrably served in the military, the police, and customs throughout many centuries. Due to the size of the Roman Rottweiler, training should begin while the dog is still very young and small. To be genuinely content, members of this breed need a great deal of leadership, friendship, and socialization. The position of pack leader is something that should be accomplished via the training of this dog.

Maintaining any kind of hierarchy among the canine pack is something that comes quite naturally to a dog. We, humans, become into the dogs’ pack when we live with them. The whole group works together with only one person in charge. The lines are drawn quite clearly. It is imperative that you and every other person be placed higher in the pecking order than the dog. That is the one and only method for your relationship to be successful in the long run.

After being properly socialized and trained to act responsibly with kids, the Roman Rottweiler will love being a playmate. Roman Rottweilers get along with cats, other dogs, and other household pets if socialized well and kept by assertive people. In most cases, visitors, particularly friends and members of the extended family, are warmly welcomed by Roman Rottweiler. Those who are unfamiliar with the dog and whom the dog accuses of wrongdoing are kept on the sidewalk. Competitive obedience, Schutzhund, and tracking are among the areas in which this breed excels.